Well, 20 years ago. But still. I really remember high school like it was yesterday; I am often surprised when I realize I am NOT 16 years old anymore. (How’d THAT happen???) 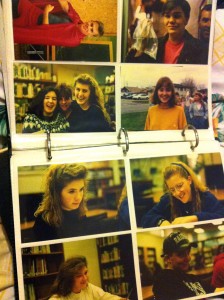 Inspired by Michael Branson Smith, Cheryl Colan, Lou McGill and Alan Levine, I have been sucked into the black hole that is reminiscing about high school.

I don’t have lot of photos of me because I was usually behind the camera. I loved my Pentax K-1000 SLR and I would spend hours taking pictures of anything and anyone who would let me.

I often reflect on the things I learnt during high school but this will be the first time I’ve ever put them into writing.

I guess there are three main take-aways.

Own your shadow, but don’t forget to cite
I was lucky enough to spend my summer as a lifeguard. Shift rotations meant I had a lot of free time to read. I befriended two brothers who also worked the pool and we had an informal book club. They suggested I read Robertson Davies, Fifth Business. I was delighted to find rich allusions to Carl Jung‘s collective unconscious and parallels to Jungian archetypes. Once back at school I took two English classes simultaneously. I was so enraptured with Davies that I decided to do The Deptford Trilogy for both classes for my Independent Research Projects. The problem was that both my papers were not sufficiently different from each other and I soon learned that you cannot steal quotes from yourself. I plagiarized myself and I was charged with plagiarism. In high school. Thus began my lifelong interest in academic integrity. I watch with interest when academics use and reuse their own papers. Do they always cite themselves?

When I was 16, our school board arranged for all student council executives across the Niagara Region to go to a remote northern Muskoka campground and spend 4 days reflecting on leadership. (Sound familiar, unplugg’rs?) 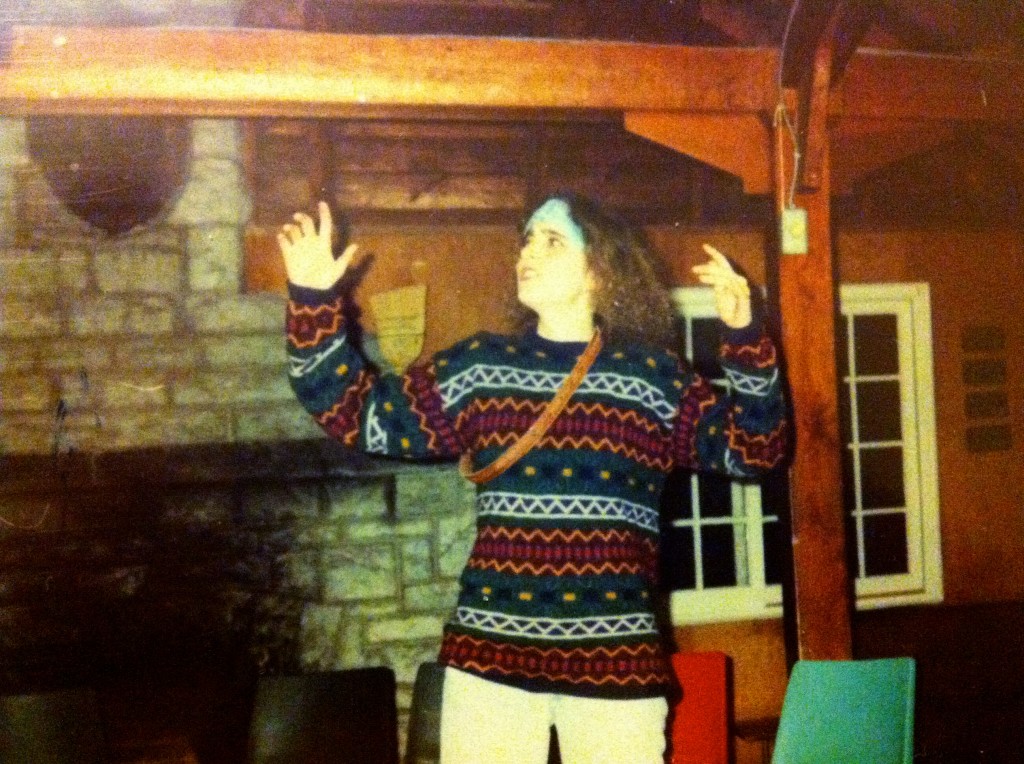 Me, Doing improv at Leadership Camp. I was funny. Really.

Leadership Camp was a bit anticlimactic, however, because upon return I had a debrief with our vice principal, Mr. M. He solemnly informed me that he noticed I wasn’t actually a very strong leader. He noticed I wasn’t very opinionated and I tended to hold back and let others lead. I tried to explain that I felt that some groups needed leaders from behind. That in a group of 60 kids all vying to be The Best Leader, it seemed almost anti-leadership and unproductive to compete. I felt the best thing would be to identify gaps and help move things along. From behind. Leading from behind. He kind of shook his head in disagreement but I stand behind that idea. And to think he thought I wasn’t opinionated…

Making Art is Never a Waste of Time
This I learned in high school but it took me many years to crystalize as a Truth for me.

I was never happier than in art class. My teacher would play Enya and I’m certain if I’ve ever reached a zen like state of bliss or nirvana this would be it, with a paintbrush in hand, music in my ears. Alas, I believed that art was a hobby not a profession, so I didn’t ever pursue it as a “career goal”.

This was complicated by the fact that I also discovered how much I loved physics. Using mini cars, ramps and ticker tape to turn x, y, z variables of calculus into manipulatable objects before my eyes was really fun. It was difficult at first but over time, after solving equation after equation I remember the exact moment where the anxiety of confusion subsided into epiphanies and confidence. I often relate vectors to real life situations, like swimming in lakes with currents.

Years later, when I learned Adobe Illustrator I could appreciate that beziers handles were the slope of a curve. Beyond the math required for computing much of my science background has informed my love of art and vice versa.

Learning goes beyond a mastering a set of skills required for a job. It is an enthralling and creative endeavour that does not need to be bound to purpose. Although learning objectives are useful for teachers, learners do not always need to have articulated outcomes. Loving to learn for the sake of exploration and discovery is enough. The connections will happen and the results can be innovative and magical. Science and art are not as distinct as some want us to believe. Allowing yourself the time and space for art is essential to learning anything. We are all artists, to be sure.

So, go make some art, damnit!