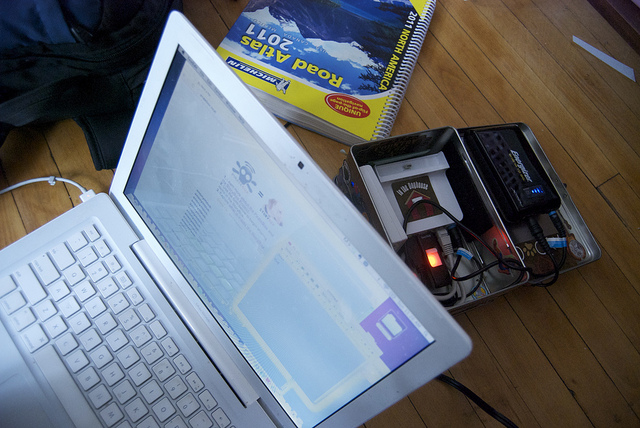 Just last month, Alan Levine (@cogdog) and his StoryBox rolled through Ontario and made the landmark stop here in Welland, Ontario.

I have been excited about the concept of the Pirate Box project since Grant Potter first mentioned it and then quickly built one. I got to see it in action at Northern Voice ’11. 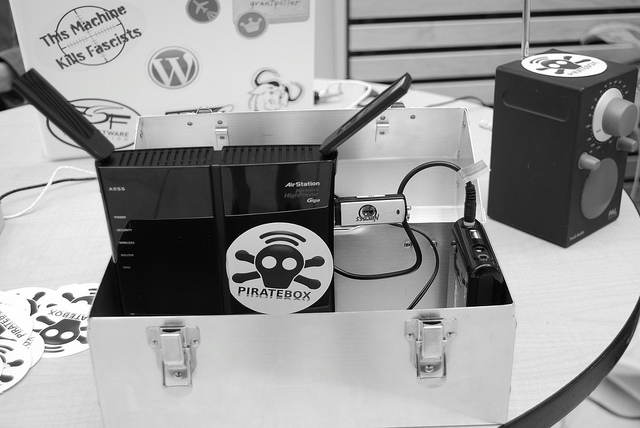 @noiseprofessor was inspired by Grant’s and built @cogdog’s Pirate Box, which was subsequently renamed a StoryBox. The project has been discussed in length. In fact, I frequently re-read @noiseprofessor’s I Left This Pirate Box Here For You To Read post when I need to see and feel the “magic of the ordinary”; when I need a reminder to look at things with wonder; basically when the world feels like it’s dragging me down and I really just need inspiration. It works because the excitement that wells up usually keeps me up far, far too late as I try to finish some silly (but magical) project.

I have already submitted a few things to the StoryBox through the DropItToMe and it was really neat to see my photos, video and drawings nestled among contributions from all over the world.

As I perused the StoryBox, I pulled out a few other contributors’ interesting tidbits of video, photos, audio.

One of the funniest and cute videos is of taxidermic Gophers anthropomorphized.

What?? What does that even mean?

Clearly the ONLY thing to do with that would be to remix it with new audio. When I first heard @noiseprofessor’s ‘musics’ #ds106radio broadcast practicing his new banjo I just knew I had to mix his #banjocast with the Gophers.

Hence the birth of The Gopher Project. I had archived the first banjo session but I couldn’t quite find the right clip to use. So imagine my delight when @noiseprofessor did a second #banjocast. I was actually driving home listening on my mobile during the broadcast. Without haste, I pulled over to the side of the road to made a special request:

@noiseprofessor so awesome! Play a song you think a Gopher might play! #StoryBox #ds106radio #banjocastless than a minute ago via Twitter for iPhone

I just LOVE his response. He laughs and laughs and wonders what in the world I could possibly be talking about and then…he just starts singing an old folk song The Fox..for Gophers!

Well, of course, you KNOW I would not ever post my Gopher BanjoCast here, on the Internet, as per the tacit agreement that StoryBox contributions are to be “happy accidents you stumble upon”.

What I really want is for you to try and meet up with @cogdog, buy him pretzels and a beer (or two) and take a peek into the StoryBox. Look for my remixed video. Look for all the photos, drawings, poems, videos and audio clips submitted from people all over the world. And then? Then I’d like YOU to remix and re-upload to the StoryBox.

Of course, geographically speaking it may be impossible for you to come in contact with the StoryBox. And I am truly sorry about that.

So, for YOU (and in anticipation of DS106 Fall semester starting), I will further describe my Gopher Banjo Fox Remix with a Four Icon Story: 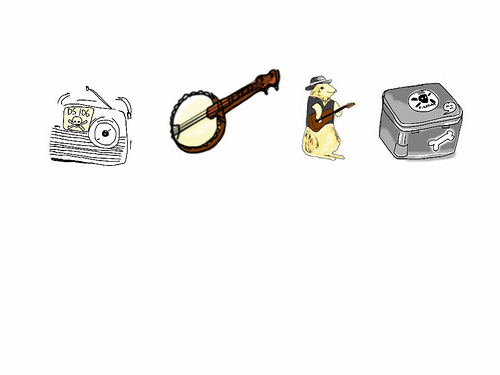