The Skydiggers were in Welland last night. They were fantastic. Each song I kept thinking, “oooh, I LOVE that song” and at first tried to remember if it was from a movie I loved or something. Then I realized – that movie was my life and the Skydiggers have been playing the soundtrack to it for the past 25 years. Something about the guitar and the harmonies makes me swoon. Speaking of guitar, I was really excited that Welland signed up to be a part of the Six String Nation. Jowi Taylor gives a great presentation showing all the 64 pieces that make this beautiful guitar, from Pierre Trudeau’s canoe paddle to the Haida’s sacred golden spruce. After the presentation, Jowi then hands the guitar to a local musician to play. Last year at Unplug’d, the Voyageur was handed to Bryan Jackson. (Mr. Jackson is an exceptional high school. I mean that in both senses: he teaches exceptional children but he is also an exceptional teacher). His history lessons go beyond the textbook, for example in 2011 he used the Arab Spring to teach the story of Louis Riel to push his grade ten students to re-examine their notions of history, facts, truth.

And when the story of Jowi’s journey to have the Voyageur built wound to a close, I was overwhelmed at the prospect of having my voice, and my words, spoken through this mystical object, joining in the chorus of the pieces making up the guitar, as well as the thousands of people who have held it in their hands, and contemplated their own relationship to the country and one another through the songs Voyageur has helped them sing and hear. Bryan had more opportunities to play the guitar over the course of the weekend and even wrote his letter from the edge as a song and played it for us. We had many opportunities to commune with the guitar and hear its many stories. Since that weekend of music, writing, paddling, learning and unplugging I’ve been watching the Voyageur make some great trips across Canada, including a visit to Bryan Jackson’s class, an appearance on TVOntario and even into Commander Hadfield‘s able strumming hands before he departed for the International Space Station. Some great Canadians who we’ve lost have also held and played this guitar, including Jack Layton and Stompin Tom Connors. All of this is documented in what just may be the largest photo project in Canada. Thousands of people have had their picture taken with the Voyageur, many included in the official book. () UPDATE: My pics arrived, see bottom of post 🙂 Shortly afterwards, the Skydiggers needed to take the guitar for soundcheck.

Jowi says it’s fitting that the Skydiggers chose Red Deer to Margaree, not only because it was written by Charlie Angus & Andrew Cash (both members of Canadian parliament who have also played the Voyageur) but also because the song tells a story spanning across Canada from Alberta to Nova Scotia. And just like the guitar, is comprised of many complex elements with their own stories embodied into one magical thing. I hope I see this guitar visiting schools, organizations and events all over Canada even more in the next year. The project is so beautiful. If you get a chance to hear the full presentation, I dare you not to get a bit choked up as you hear the stories behind the 64 pieces of this great instrument. 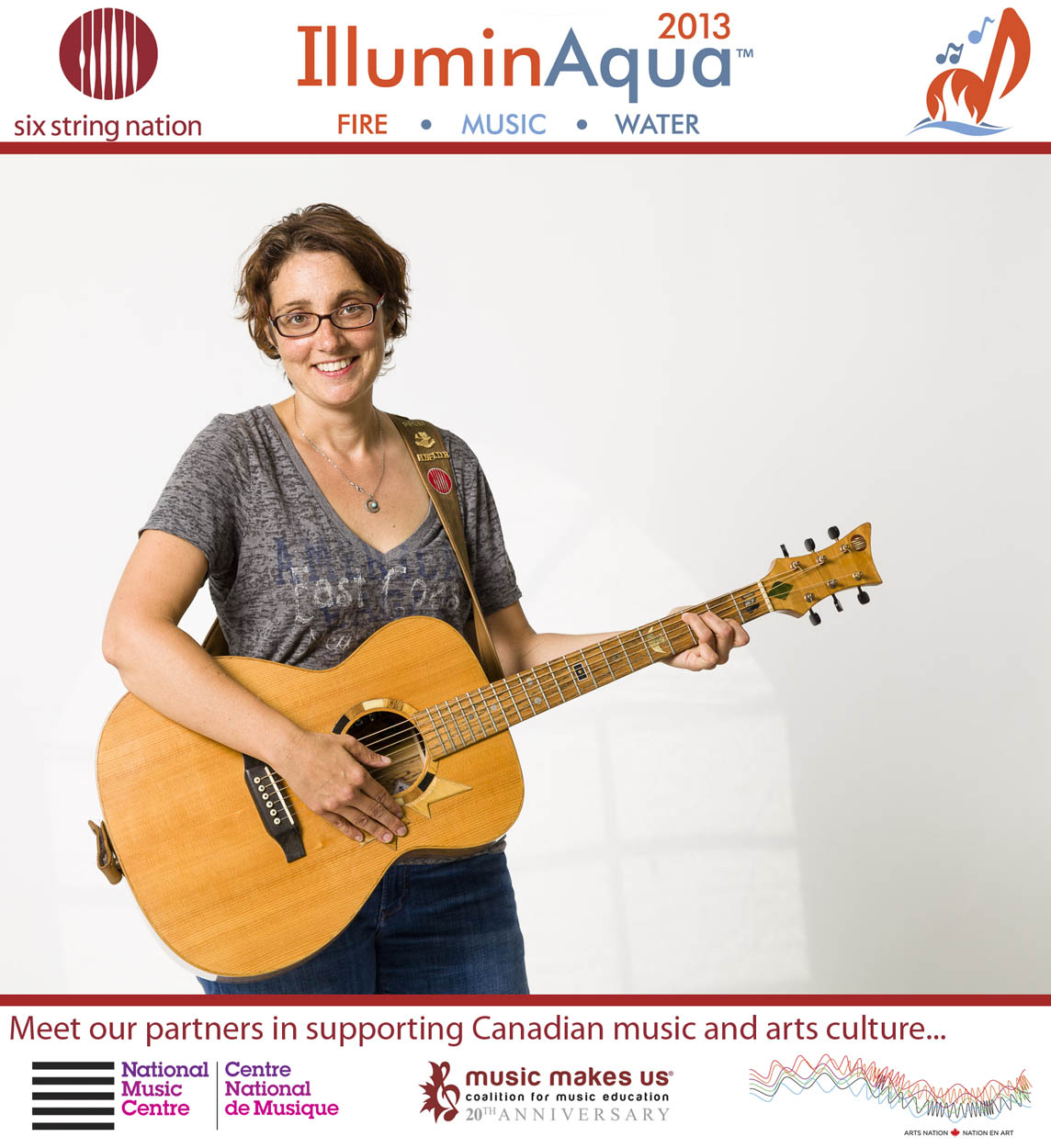